"To affirm that men and women are persons and as persons should be free, and yet to do nothing tangible to make this affirmation a reality, is a farce"  Paulo Freire

IN Retrospect
by chad rountree 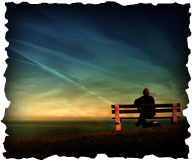 image found at http://tglou.blogspot.com/
As I reflect on my original goal statement that I submitted to Michigan State University upon applying to their Masters of Art in Educational Leadership program, I became suspiciously refreshed.  My journey through the Masters of Arts program has allowed the feeling, or what Toni Morrison states as, “the hopelessness that comes from knowing too little and feeling too much” to dissipate.  I can recall my deep passion to become an educational leader in an urban community, and consequently, this drove me to aggressively seek this educational opportunity to fill a knowledge gap that I identified as being critical to my success.  Somewhere along this journey I have placed such a priority on filling this gap, or rather knowing, that I have overlooked the value in still feeling.  Ultimately, it is in this still moment, that I realize it will be the feelings which sustain me and the knowing which will validate me.  If I intend on reaching my professional goals, then I must intertwine the two and stride onward.

When I began this journey through MSU’s program, I was convicted by the notion of achieving equality in America in regards to who may be deemed permissible to receive access to a high quality education and to whom it may be denied. This pursuit was fueled by a desire to help the disproportionate number of people which are poor and/or people of color that have become disenfranchised from one of our country’s most sacred human rights - the entitlement of an education. I felt as though this population had been betrayed. I stumbled with the statistics surrounding the current system of education and realized they are irrefutable, insofar as, the very institution which is trusted to prepare and challenge is providing more of a disservice than anything else to far too many children.  This dilemma stands true in the sense that many schools are not adequately creating the opportunities for our nation’s most fragile and impressionable generations to acquire the skills and critical perspectives to preserve and lead our nation.  With my limited knowledge base, I was convinced that this crisis was a direct reflection of the lack of bold and audacious leaders that established the precedent within education.

Still, as I grappled with our disheartening state of education, I refused to overlook the few success stories sprinkled across our country pertaining to high performing schools in marginalized communities that are unapologetically leading, effectively teaching, and who remain committed to empowering their students.  This is what kept me feeling inspired and motivated.  It was these success stories that made it safe to dream.  They became my encouragement and hope as I began working towards my master’s degree.

I knew this master’s degree would bring me one step closer to reaching my goals.  I planned on becoming an integral member in the movement that is centered on eradicating educational inequality.  I was uncertain as to whether this ambition, or this dream, was to become a school leader, district official, or even an educational consultant.  One element however, remained consistent throughout these ambitions – advocating for an abandoned subset of our nation’s population and leading the educationally privileged to fight for those who cannot with this struggle by themselves.

Reviewing my original goal statement was refreshing because I have come to realize that it will be the optimism contained within my feelings that will keep me alive and committed to this work.  This is especially important because as MSU challenged me to investigate, engage, inquire, and apply I realized the narrowing of my knowledge gap, but it came with the toll of feeling discouraged due to me gaining a more thorough understanding of the magnitude of work that exists in our country’s future.

Little did I know, this dream of fighting for educational equality could never come to fruition without first fighting for equity throughout the rest of society.  This is an intimidating challenge to face and one that only the bold and courageous are willing to confess to, but it was the knowledge that I gained from MSU that brought this reality to the forefront.

In retrospect – this experience has demanded me to face the certainty of what Senator Michael Johnston describes as “truth without hope is failure, but hope without truth is a fantasy.”  Only as I have begun to confront truth at its harshest, while still dreaming of hope at its most powerful will I be able to work towards the dramatic change that I have envisioned.

In retrospect – my original vision as it relates to now is something similar to what the artist Bill Jones referenced when he stated, “it is a memory of something I cannot remember, but yet I cannot forget.”  I have now found myself within an interesting binary: consumed with a fixation on knowing, but understand that I must not ever forget how it once felt to feel.

In retrospect – I have experienced the value and as I stride onward I realize I need to remain committed to the prophetic instruction of Toni Morrison -- “Always dream a little before you think.”